8 Biggest Lessons From The Beatles 'Get Back' Series

The series has drawn mixed reactions from critics and viewers alike, but it wasn't a complete waste of time for the diehard fan

If the recent eight-hour Disney+ series Get Back was only about the Beatles' recording of 1970's Let It Be, it would be one of the best musical documentaries ever. Thankfully, it's not. Instead, the three-episode series reminds fans that the Beatles were real people who cursed, drank, smoked, laughed, and, yes, didn't always agree with each other. Similar to Metallica's 2004 Some Kind of Monster, Get Back highlights a band in crisis (Metallica is much more aware of its dire situation than the Beatles) due to quitting band members, personality clashes and different commitment levels within the group. Perhaps more importantly, fans learn new things about John, Paul, George and Ringo that the history books have omitted or rewritten. Here are the eight most important lessons learned from the series.

What kind of idiot calls the police because the sound from a free Beatles concert - the band's first in three years - is too loud? At the 1:39:34 mark of the third episode, PC Ray Shayler and another officer enter Apple Corps and tell doorman Jimmy Clarke that "…we've had about 30 complaints in the space of half an hour." The Beatles were brilliant and Get Back should be 88 hours long, but the biggest takeaway from the series is that some people sure do hate fun. (The second biggest takeaway, by the way, is when 6-year-old Heather McCartney tells John Lennon that "you can't be eating kittens.")

The Beatles and Let It Be Could Have Been Better

The first episode shows the band learning George Harrison's "All Things Must Pass," the title track from his 1970 triple album. The song doesn't make Let It Be, which was either a smart move by Harrison or a bad move by Lennon and Paul McCartney.

A Drummer's Job is to Swing

There are two types of people in this world: 1. Those who think Ringo Starr's swing makes him the best rock 'n' roll drummer ever and 2. People who laugh when they hear that statement. Get Back proves the latter wrong as Starr's right hand is what transforms the Beatles from a great band to the greatest band. There's a Lennon joke that says Starr wasn't the best drummer in the Beatles, and while McCartney's skills are pretty good for someone who isn't a drummer, Starr's groove embarrasses other drummers who play hour-long solos with 30-piece kits. The Beatles smoked cigarettes. A lot. Throw a dart at a list of everyone featured in Get Back and there's a good chance that person is holding a smoke while working. Starr does it while drumming, which is another example of how talented he is. The heaviest smoker of the group, according to the series, is Harrison, who seemingly is smoking whenever he's awake. The guitarist was diagnosed with throat cancer during the late 1990s, which according to a 1998 Independent story, he attributed to "entirely on an on-off smoking habit." The series begins with a warning at the start of episode one and includes "Contains tobacco depictions" throughout (which shows how much the world has changed since 1969), but no amount of warnings can change the idea that maybe we'd still have Harrison if it wasn't for cigarettes.

Being in a Band Sucks

There's a scene when Harrison is telling McCartney how McCartney's song should go and the Cute One is (cordially) trying not to listen to said ideas while Lennon and Starr remain relatively quiet. This conversation is painfully familiar to anyone who's ever been in a band because there's always one person who has a lot to say about songs they didn't write. Talks such as these are why the Beatles broke up, why Morrissey hasn't reunited with the Smiths, why the members of the Police dislike each other and why Johnny Rotten was rumored to stay at separate hotels when the Sex Pistols reformed. In other words, the Beatles were just like everyone else, which makes their music even more special. They weren't gods sent from above - they were four ordinary people who accomplished extraordinary things.

Being in a Band Sucks (Part Two)

Paul McCartney might not be from this planet: He plays bass. He plays guitar. He plays piano. He plays drums. He sings. He writes "Let It Be." He writes "The Long and Winding Road." He writes "Get Back" while jamming with himself, strumming his bass and humming melodies until he finds one that fits, which is one of the most amazing musical moments ever captured in film.

They're Better Than Advertised 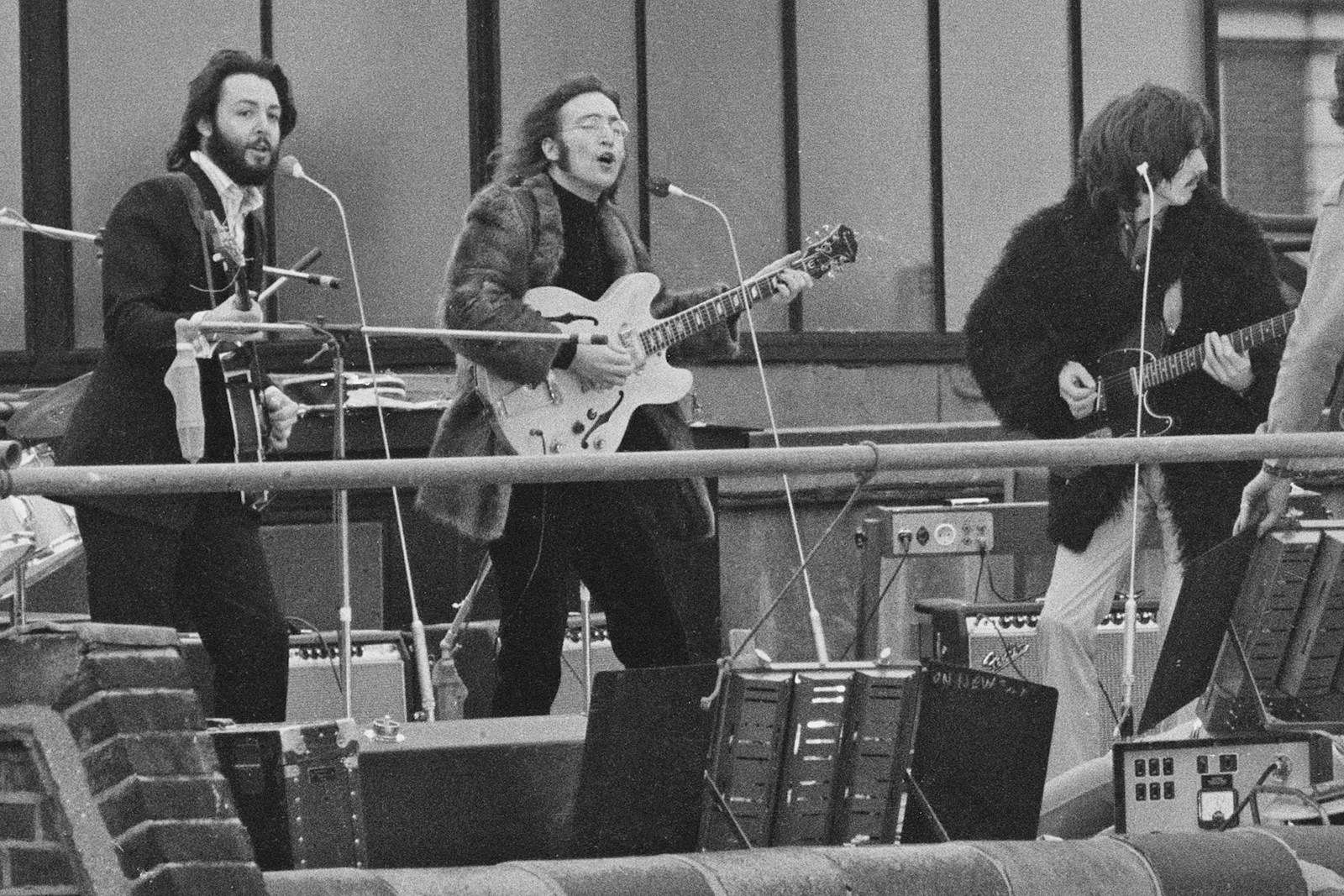 Let It Be is maybe, probably, not a top five Beatles album (Rubber Soul, Revolver, Abbey Road, The Beatles (The White Album), Sgt. Pepper's Lonely Hearts Club Band), but still it includes "I Me Mine, "I've Got a Feeling," "Across the Universe" and "Two of Us" (and the aforementioned "Get Back," "Let It Be" and "The Long and Winding Road," which are three of the best songs ever), further proving that the Fab Four are the only band that never sucked.