Lost Photo of The Beatles was printed from 1963

A photograph of The Beatles performing has emerged after the negative lay in a drawer since the sixties. 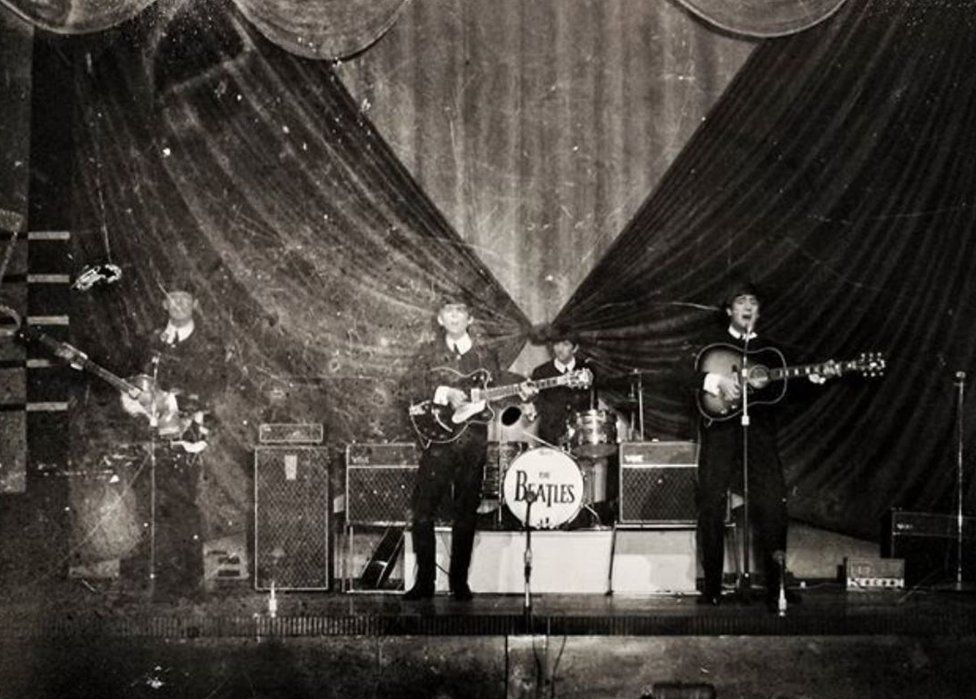 The forgotten photo of the Fab Four was taken in Great Yarmouth in July 1963.

The photographer was going to throw the negative away, but assistant Peter Harrison, then 17, took it home with the intention of developing it himself.

More than 50 years on the never-before-seen grainy image of The Beatles on stage been printed by his son, as the Great Yarmouth Mercury reported.

Mr Harrison, now 75 and living in Leeds, said it was "lovely" to finally see the forgotten photo.

"I never did get around to developing it, but just left it in a drawer thinking maybe one day it might be of interest to someone," he added.

He only remembered it as his son Richard had taken a course in black-and-white photography and thought he might enjoy the old negative.

It was one of a number of shots taken by a professional photographer from Fisher's studio when the Liverpudlian foursome played at the ABC Cinema in the Norfolk seaside town alongside Freddie Starr and the Midnighters, the Kestrels and the Trebletones.

It would have ended up in the bin, never to see the light of day if Mr Harrison had not rescued it.